Well it happened again. Another senseless tragedy taking the life of an innocent, another memorialized date on the calendar, and another round of ‘thoughts and prayers to the injured’. Don’t get me wrong, I am in no way making light of a terror attack or the people that these atrocities maim or kill. I’m only venting. At my age of nearly 37, the world in my eyes has gotten so progressively worse than when I was a child that it is often difficult to imagine what if feels for those born before me. I know it’s unimaginable in a different way.

There have always been evil. I know that. In fact I distinctly remember being afraid to sleep at night after the rash of kidnappings during the summer of 1993, scared to start college after Columbine in 1999 because those affected were my age and my grade and I of course believed that there were more ‘lone wolves if you will’ surrounding me. I made it through college and despite cheering for the execution of Timothy McVeigh in 2001, I cannot recall the consistencies of bloodshed that we have seen in recent years. (My memory is impeccable by the way as mentioned before but in case you have forgotten) I would know. I would remember.

What can we do other than hope and pray? In the effort to not display too much negativity, we can always show the world our own light. We can be a true beacon of salvation to other people, not only those affected by such large scale horror but in our own worlds too. One will never know what people are coping with in their lives. Often those most hurting are not visibly showcasing their sadness to us. Be nice. Open doors for people, randomly perform an act of kindness for no other reason than to help someone who may otherwise not get an ounce of happiness that day. It’s harder to consciously choose to be positive if that’s not the you that you know. But it’s always what you and what others need. No one dies thinking ‘I wish I had been more bitchy’ or ‘Too bad I didn’t complain more’. Life is hard, I get it. Let’s not make it harder.

I recall a time I walked into a Panera Bread on my lunch hour, intent on buying lunch for me and heading back to the office. It was one of those days when I wasn’t sure if I would even get a break but I did. As I stood in line, I noticed a woman searching for her wallet in her purse, even running outside and across a busy intersection to retrieve her money. It was then that it was my turn to order. I did but before the woman returned, I informed the cashier that I wanted to pay for that woman’s tab. I did and managed to also leave just before the woman returned. I left with a full heart, smiling to myself for what I had done. The woman never knew it was me. I didn’t know her. But the way that moment made me feel with forever be important because it’s a genuine kindness. Never forget how connected we are to each other, and I don’t mean wirelessly. I mean through heartstrings.

So as we pray and hope for a better future, make yourself part of the reason the world can be better. 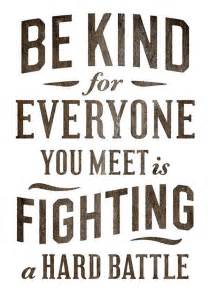 View all posts by eewritersenterprise

This is a text widget, which allows you to add text or HTML to your sidebar. You can use them to display text, links, images, HTML, or a combination of these. Edit them in the Widget section of the Customizer.
%d bloggers like this: